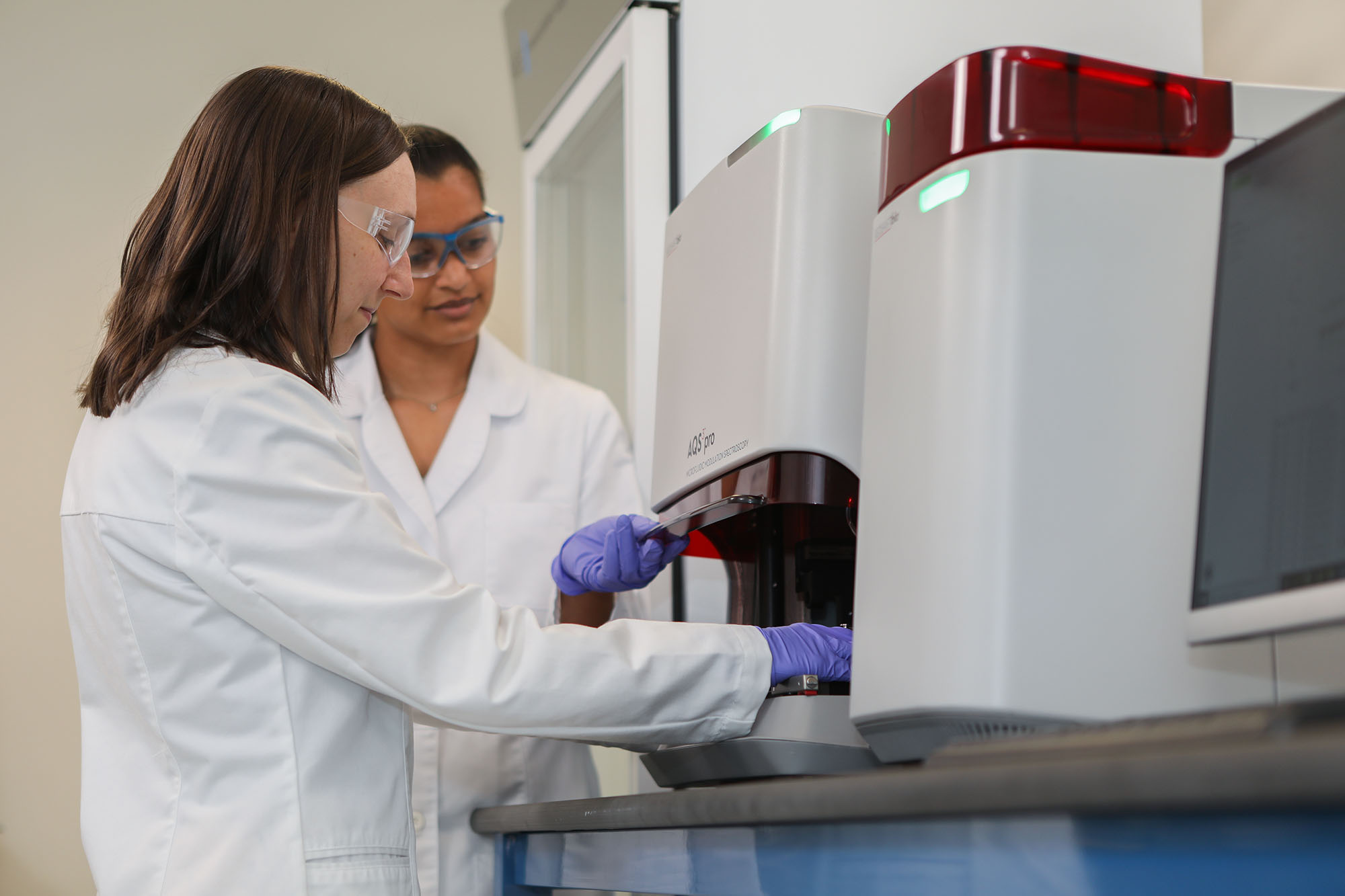 IN THIS WEBINAR YOU WILL LEARN:

Some of the questions you'll get the answer to in this webinar:

The R&D department at  Elion Labs, a division of KBI Biopharma, is studying analytical capabilities to measure the impact of manufacturing and formulation processes on protein structure. IR and CD spectroscopies are common techniques for this application. They can be used to assess and compare the impact of process changes on protein structure, structural comparisons of drugs made by different manufacturers (e.g. biosimilars), changes in structure that can occur in stored drug formulations, and optimizing protein formulations against structural impurities.

This webinar assesses the detectability of misfolded species by Microfluidic Modulation Spectroscopy (MMS), FTIR and CD spectroscopies using a system from RedShiftBio. An IgG1 drug product, which is predominantly β-sheet, is used to assess misfold detection limits by quantitatively spiking in an α-helical structural impurity. The relative abilities of common spectral data comparison and deconvolution methods to detect misfolds will be discussed.

Brent Kendrick received his B.S in Aerospace Engineering and his Ph.D. in Pharmaceutical Sciences from the University of Colorado. Prior to graduate school, Brent was a Surface Warfare Officer in the United States Navy. After joining Amgen in 1997, Brent served as Formulation Team Lead in Pharmaceutics for 2 products: Infergen and a novel thrombolytic enzyme, where he developed a patented lyophilized formulation. He then managed a clinical analytical laboratory team in Quality Control and served as Product Quality Lead for PEG-sTNFr1. In 2002, he joined Process Development and held roles as Analytical Sciences Team Leader for multiple late stage clinical products and Drug Substance Process Team Leader for Nplate from Phase III through Commercial Launch. He led his group at Amgen through multiple successful commercial product approvals (Nplate, Prolia/XGeva, Blincyto and T-Vec), technology transfers, validation campaigns and biosimilarity/comparability studies, as well as leading the creation of cross-functional guidelines on comparability, method development and validation strategy. He was Director of Amgen’s Attribute Sciences for Late Stage Clinical and Commercial Products, leading a team of over 100 staff and multiple sites worldwide. He has been an adjoint and adjunct faculty member at the University of Colorado for over 15 years, teaching a lecture on light scattering biophysics every other year. He taught a semester-long 3 credit hour course on Heat Transfer in the CU Chemical Engineering Department, co-founded Elion, LLC, a contract analytical and formulations laboratory and consulting company for biotechnology product development, and most recently serves as Vice President, Research and Development at Elion Labs, A Division of KBI Biopharma.

Eugene, CTO of RedShiftBio, is responsible for technology innovation and technical support across the full range of activities at RedShiftBio. Eugene has a BSEE from Yale University, and a MA and PhD in electrical engineering from Princeton University. He has also studied business at the Wharton School, University of Pennsylvania.

Please complete the form if you would like to speak to a representative.

MMS for Analysing Protein Structure Changes Due To Ligand Binding